MISSOULA – It’s been called a “game changer” in Missoula for sheltering homeless families in our community and protecting victims of domestic violence.

The Missoula YWCA launched the final, public phase of the campaign to make it happen on Thursday.

Missoula has the highest population of homeless families in the state but is the only larger city in Montana without a family shelter. But that’s about to change.

“So excited that we’re going to be able to do this and come to a place where we don’t have to turn away anyone who needs housing. Our goal has always been to create a reality where no child has to sleep outside and this new facility gives us the ability to do that,” Missoula YWCA Executive Director Cindy Weese.

The local YWCA launched the public phase of its capital campaign to build an almost 37,000-square foot facility that provides same-day access to emergency housing for families with children.

The project is a partnership with the Missoula Interfaith Collaborative and the facility will provide critical support and shelter to survivors of domestic violence and homeless families.

They are what many called the “hidden homeless” in Missoula — families who live in cars or depend on the temporary generosity of family members for shelter.

The YWCA reports that at any given time there are 50 families out on our streets, waiting for shelter. This campaign — called “see them home” aims to change all that for many of them.

“Homelessness is so disruptive in children’s lives, in fact, it can have impacts that last a lifetime. We know that even some of the parents and families that we’re serving — as children were experiencing housing instability — and it has had an impact that perpetuates generational poverty and homelessness,” Weese stated.

“I was sitting across from a teenage young woman saying, ‘you know, the reality is that you guys are going to
be in your car for a while.’ And to say that to a teenager who has a very clear sense of right and wrong, you
know how wrong it is?” asked Casey Dunning with the Missoula Interfaith Collaborative.

When complete, the new YWCA facility can ouse up to 31 families in one wing and up to 13 survivors of domestic violence and their children in a separate wing.

Other services provide much more than just shelter but a place to start rebuilding lives. Board member
Kathy Caras Veazey donated more than $1 million toward a project she believes in.

“Many people think that our homeless families come from other places. But we really basically serve western Montana From Polson to Hamilton,” Caras Veazey said. I’m just a believer in taking care of what I can in my community.”

The organizations have so far raised almost $6.5 million of the $8 million campaign goal. The project has a total budget of just over $13 million and should be open at its location on West Third Street by the end of
2020.

YWCA and Missoula Interfaith Collaborative representatives say they’re hoping to raise the balance of the funding in the next six-to-12 months and any amount is appreciated.

Click here to learn more about how you can help. 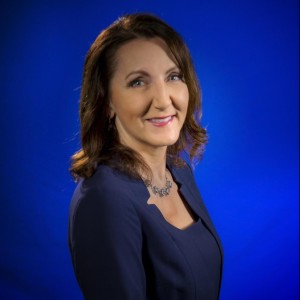